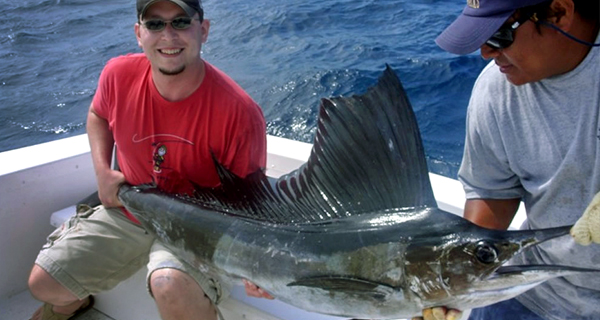 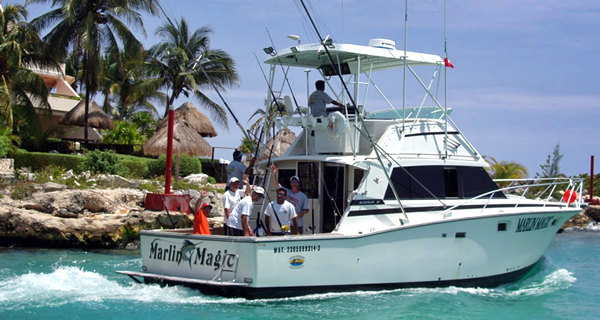 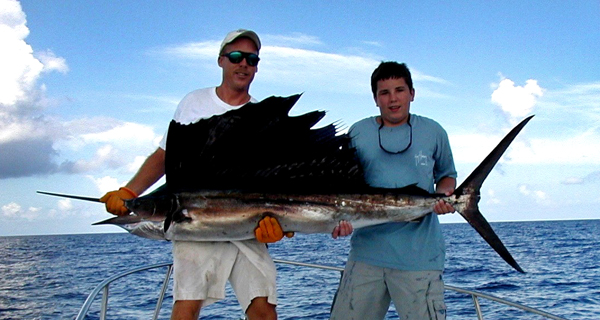 While strapped into a fish-fighting chair on the deck of this 38-foot Bertram Sport-fisher after hooking a huge marlin, you will definitely feel as though something magical is happening. The amount of strikes on your line may seem like something supernatural is going on, but the teeming waters off the Yucatan Peninsula really does host scores of marlin as they migrate northward from equatorial waters from March through August. Join our English-fluent expert off-shore skipper for a fantastic saltwater adventure aboard the Marlin Magic.

During the spring and summer months, the regional waters are home to two different marlin species: white marlin and blue marlin. The rarer variety of marlin is the white marlin, which can be caught along the Atlantic coast of North America down to Brazil. White marlin is smaller than the blues but still can grow up to 10 feet in length and provide an excellent fight. If you are used to fishing on the West Coast of North America, you will now have a chance to hook one of these Atlantic billfish.

Blue marlin, one of the largest billfish species on the globe, can be found on both sides of the continent. Female varieties of this billfish can exceed 14 feet in length. You are in for a treat if you hook either one of these feisty game fish. By law, marlin and sailfish are required to be caught and released. We believe this policy helps to sustain the population of billfish, allowing future generations of sport-fishing enthusiasts to experience the excitement of hooking a prized billfish. Other species that can be caught while deep-water trolling in this region include dorado, wahoo and several varieties of tuna.