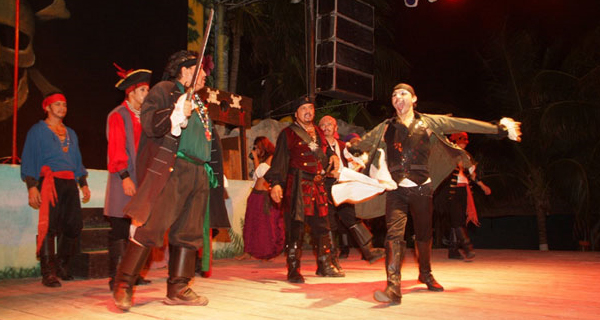 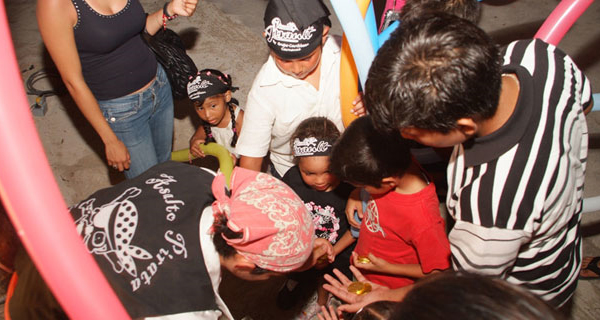 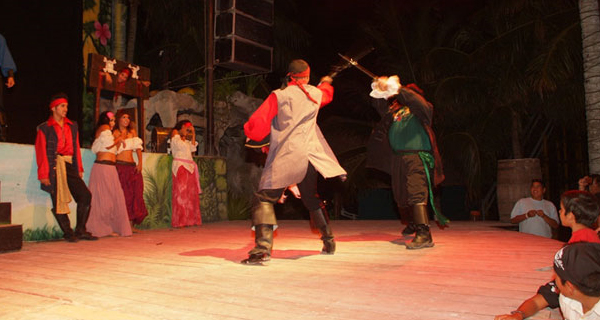 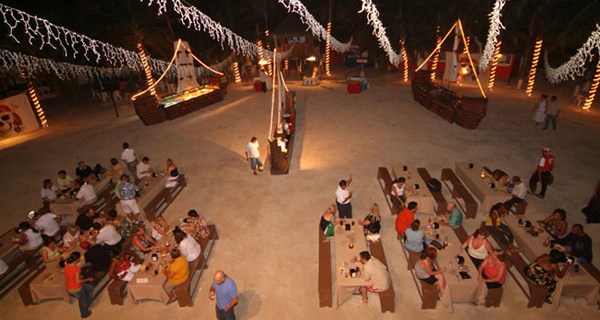 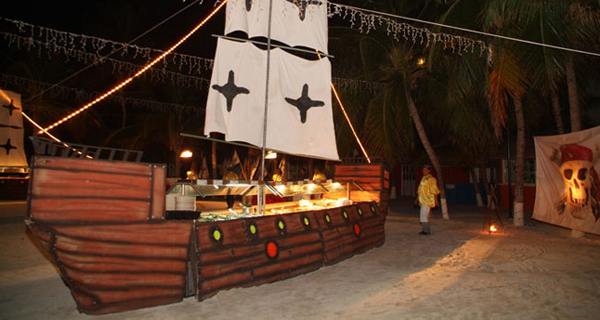 Ready to get your sea legs, landlubbers? Set sail for lovely Isla Mujeres aboard the Caribbean Carnaval. At our Private Beach Club, get ready for the Pirate Assault a celebration of piracy thats guaranteed to make you go So come on, mate. Walk the plank onto the Caribbean Carnaval, one of the greatest cruise ships this side of the seven seas. And what beautiful seas they are!

Whet your appetite with drinks from our bar. We have everything from beer to Bacardi and margaritas to martinis. Savor tasty meats, fresh salads, pasta, bread and desserts from our buffet. Sit back and enjoy the legends and lore of piracythis is one of the most entertaining history lessons youll ever have. Learn about the Jolly Roger, the famous skull and crossbones flag originated by the 18th century pirate Calico Jack Rackham. Or Gilbert and Sullivans Pirates of Penzance and the era of Caribbean piracy that lasted from 1700 to 1730. You'll also be interested to know that pirates did'nt do all their business on the water the infamous Buccaneers actually farmed and hunted in the Caribbean in the 18th century.

And of course no piracy lesson would be complete without Jean Lafitte ,William Kidd or Blackbeard. Lafitte, whose name is practically synonymous with Louisiana, actually participated in the Battle of New Orleans. Despite his fearsome image and gruesome flag, Blackbeard, the Commodore who commandeered the West Indies and blockaded the port of Charleston, was rumored never to have committed a murder!

Does the phrase Yo ho ho and a bottle of rum ring a bell? Then dig out all those old adventure books. Youll be interested to discover that the Scottish pirate William Kidd was the inspiration for Robert Louis Stevensons book Treasure Island. Cruise the high seas with the Caribbean Carnaval and let us take you back. Corsairs, doubloons, pieces of eight, booty youre bound to have a Jolly Good time.